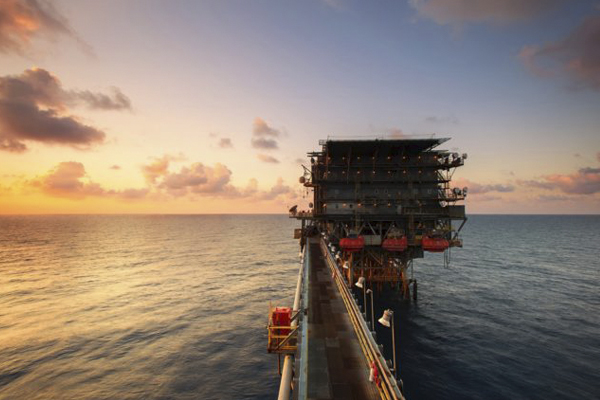 With the discovery of oil, Libya entered a new and important phase in its history. The comfortable revenues that Libya made thanks to oil brought significant change.

Indeed, in 1958, around 29 million barrels of oil were discovered in an oil field; Libya proved then to have considerable oil reserves. Therefore, the government of Prime Minister Mustafa Abdelhalim decided to launch several initiatives and programs that were meant to help Libya developing. The Libyan government wanted to turn the poor state that depended on foreign aids to a wealthy oil state with strong prospects for the future… but that was in 1959.

Some years later, the “tricky games” that Libyan Moammar Gaddafi started playing had negative outcomes on the oil sector and prospects for enhancing its capacities. With the improvement of oil capacities depending on imported material, the “Lockerbie affair” and the years of embargo that will follow the implementation of UN resolutions 731 and 748 will have serious consequences on the Libyan oil sector. Libya’s would hardly be able to improve its oil capacities.

In 2003, Libya accepted responsibility for Lockerbie bombing. But sanctions had already harmed the oil-rich country.

With the “Arab Spring” (2011), the Libyan oil sector kept developing. But with the fall of Gaddafi, the risk of wars that would come out of energy prospects increased. Tensions were rendered evident by the slogans that many people repeated saying for example: “Oil is extracted beneath our feet and it ends up in Tripoli while we keep poor”.

Many partisans of the “Federalist movement” (the movement that claims reinforced autonomy for the eastern region of Cyrenaica) repeated these claims over and over. Popular pressure led to the closing of several oil ports; but the forces responsible for these measures claimed that they needed to protect oil infrastructures from armed groups. Besides, several threatening situations prevailed; one of them was the war that opposed Khalifa Haftar’s Libyan National Army (LNA) to the “Petroleum Facilities Guards” (PFG) of Ibrahim Jadhran. Jadhran, a member of the “Federalist Movement”, had also been proclaimed “Governor of Cyrenaica” by some of his followers.

What followed was the launching, on the 13th of December 2014, of the “Sunrise War” (Harb al-Shuruk). It was initiated by armed movements that were based in the mountains of the West as well as in some Western Libyan towns (Misrata, Zleten, Tajoura, Tripoli, Janzour, Gharyan, al-Zawya and Khums). They claimed that their reaction was a consequence to Ibrahim Jadhran’s decision to block circulation in the ports that were under his control. Jadhran justified his stance by saying that the National Oil Company (NOC) had been biased to the people of Western Libya by giving them all the oil revenues.

Jadhran also impeded local employees from working. Western towns decided therefore to gather in Wadi al-Ahmar, a region located East of Syrte and West of Bani Jawad. Two days of violent battles followed, with each protagonist suffering important human losses. Notables and tribal elders intervened to try and defuse tensions between the warring factions; the “Sunrise troops” agreed then to withdraw from the region, but many of these fighters ending up joining the “Libya Dawn” camp.

The failure to achieve social justice

Mohammed al-Agouri, a journalist and member of the Federalist Movement, sees that Ibrahim Jadhran had succeeded initially in controlling the “Oil Crescent”. But while many people believed that he would achieve social justice by favoring a fair distribution of oil revenues to all Libyans, they got to understand quickly that those promises were false. Priority was given to the defense of personal and specific interests.

Regarding political struggles and their consequences on oil and development in Libya, Dr Hassan al-Ashlam (university of Misrata) says that it will be difficult for Libya to achieve political and social stability as long as it remains a rentier state. Al-Ashlam mentions the existence of conflicting points of view between the partisans of a central state, and the defenders of social justice. From his point of view, many Libyans believe that centralism favors exclusion and oppression, and that it takes away the right of regions to decide for their political and developmental prospects.” This situation could lead to either military conflicts and clashes, or stagnation; but none of the two scenarios can help achieving stability”, al-Ashlam adds.

Al-Ashlam also thinks that the importance of oil-related prospects in Libya explains the existence of foreign interference, and that the combination of the two put an end to the dreams of the Federalist Movement. He sees that the end of federalism in Libya in 1963 was the consequence for the pressures and the demands of foreign oil companies that were important for the Libyan oil sector. Al-Ashlam says that these companies “asked for the abolition of federalism because they found it easier to deal with one central government instead of having to speak to three different governments (Cyrenaica, Tripolitania and Fezzan) that shared equally important fields and reserves of oil.”

Finally, al-Ashlam considers that the origins of corruption in Libya go back to that era, and that what followed was the emergence of “a corrupt government” that ended up favoring social exclusion and injustice.

Ashraf al-Gatani, an Ajdabya-based political activist, sees that because of oil, Libya is sitting on a powder keg. He points out the negative role of international actors and sees that their defense of their interests is turning Libya in a battle field for its own people. “Many Libyans have been fooled by foreign powers who made them believe that their oil benefits were at the risk of ending up in the hands of “other actors””, says al-Gatani.

Al-Gatani adds that foreign powers tend to discretely promote the idea that whoever loses the control of oil prospects will end up being totally excluded. From his point of view, there were clear indications of this situation early 2014 already, when Ibrahim Jadhran took control of the oil ports and infrastructures: “this is where Libya has been formally divided into an eastern and a western State, both separated by a “river of oil” around which most of the fights concentrated, leaving no clear winner or loser” says al-Gatani.

Benghazi-based analyst Ahmed al-Twati sees things differently; from his point of view, the struggle over oil and development prospects has not started yet in Libya. Al-Twati considers that “the leading force” in Libya – i.e. the Libyan National Army – wants Western countries to acknowledge its pivotal contribution to the protection of oil infrastructures and reserves. Al-Twati believes that as long as we don’t achieve consensus, Libya’s developmental problems will keep going; they could even lead to military confrontation.

Professor Atiya al-Fituri considers on his side that institutional divisions have limited funding prospects; this is especially the case for regions that did not make it clear that their allegiance was to the Government of National Accord (GNA). Al-Fituri argues that this situation fueled social discontent in a general context characterized by liquidity crisis and high inflation. He also sees that this dangerous situation could ignite a new conflict.

Dubai-based economist Sleiman al-Shahumi has a different point of view; he considers that even when oil fields are placed under the control of Libyan actors, problems will remain as long as external powers will have strong interest in the Libyan oil sector. Al-Shahumi also praises the UNSC for having acknowledged a central role for the National Oil Company (NOC).

Tripoli-based researcher Walid Afhima sees on his side that it is only by putting an end to conflicts and by promoting consensus that Libya will develop, institutions will unify, and people will abide by them. Afhima also adds that, since Libya relies so much on oil revenues, this also means that the solving of oil issues conditions the success of developmental plans.

The ambitions of private companies

Khums-based political analyst Mohammed Ismail lnks Libya’s oil problems to the rivalries between big oil companies. Ismail says of Italian ENI and French Total that they are in a quest for influence that are indirectly fighting each other over Libya’s oil prospects.

Hence, Ismail also considers that if rival countries agreed on a more consensual approach towards Libyan prospects, this would help Libyans solving their problems and reaching consensus. From Ismail’s point of view, external actors could even end up being direct brokers for warring factions in Libya; their good relations with each of these actors would even bring them more benefits in return.

As we can understand from the various points of view expressed here, the Libyan crisis depends a lot on conflicts of power and influence. This is why many Libyans agree that the way ahead to solving Libya’s problems needs first agreeing on a national reconciliation plan that would be made for all Libyans, with no winner and no loser. It is also important that this plan favors social justice and inter-Libyan consensus, and that it recognizes the right of citizens to have access to the oil-generated financial, economic and developmental outcomes.